Motel rooms induce a multiplicity of associations. They are denotative of America's growth in the twentieth century. They are transient places where a visitor's identity becomes fluid. They may also conjure images from movies and crime.

A motel room is a democratizing space and a blank palette for these associations. I use the archetypal motel room as a canvas, and project upon it a game of free association. I enter motel rooms which have been occupied and document what I find. Sometimes I manipulate the evidence. Then I enter clean rooms and fabricate what could have been left behind. All is done with attention to detail and an objective eye. The non-sequitur objects and arrangements lend to the imagining of a variety of narratives.

The remnants of motel occupants in these photographs, artificial, natural, or hybridized, function as an archive ambivalently. On one level, the photographs are ghostly, as they depict and are traces in themselves. Formally, they are an archive of my study of an architectural space. Psychologically, they are a collection of different objects and findings with a history, mostly banal or recently discovered. 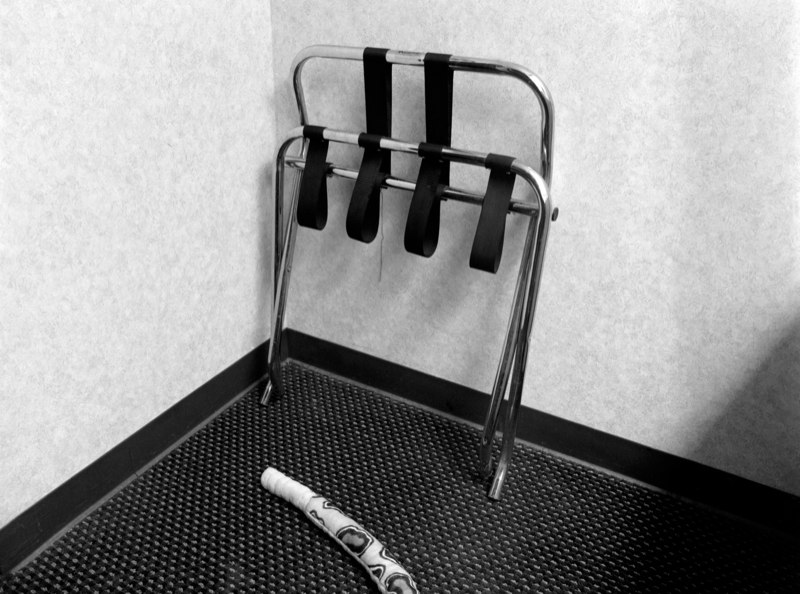 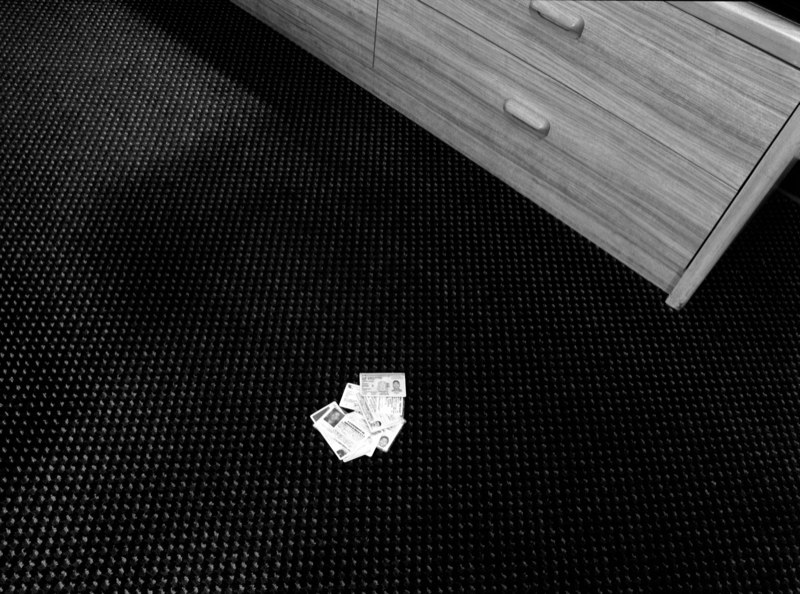 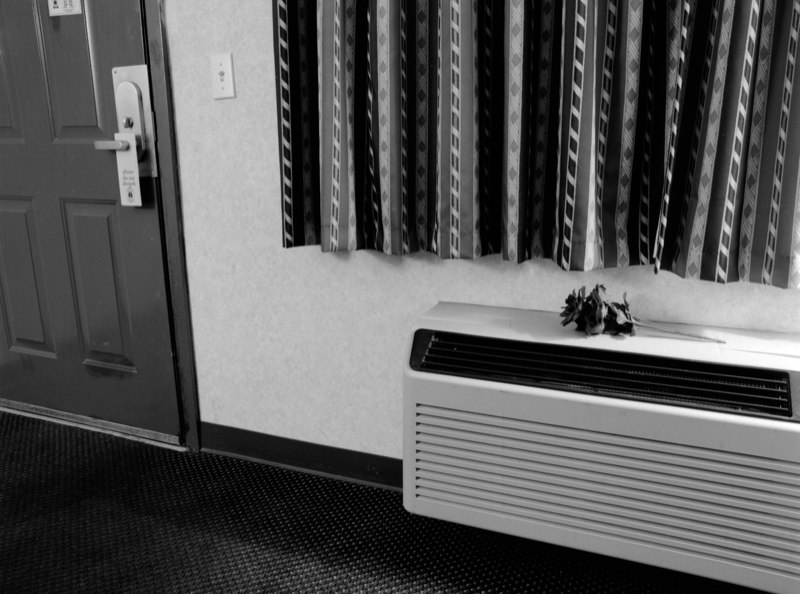 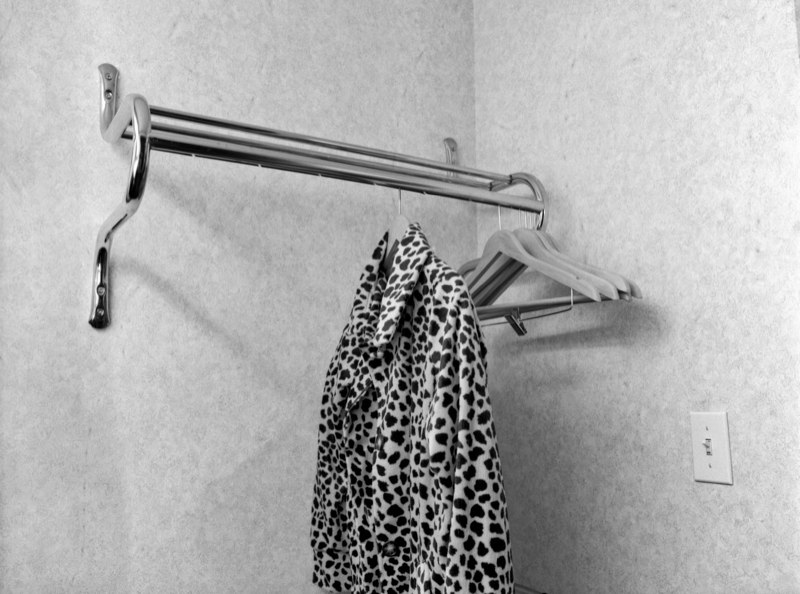 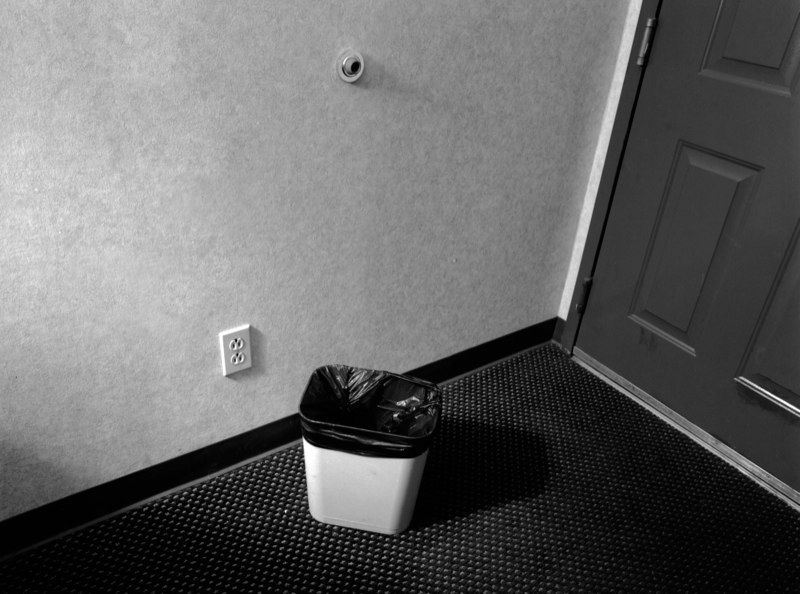 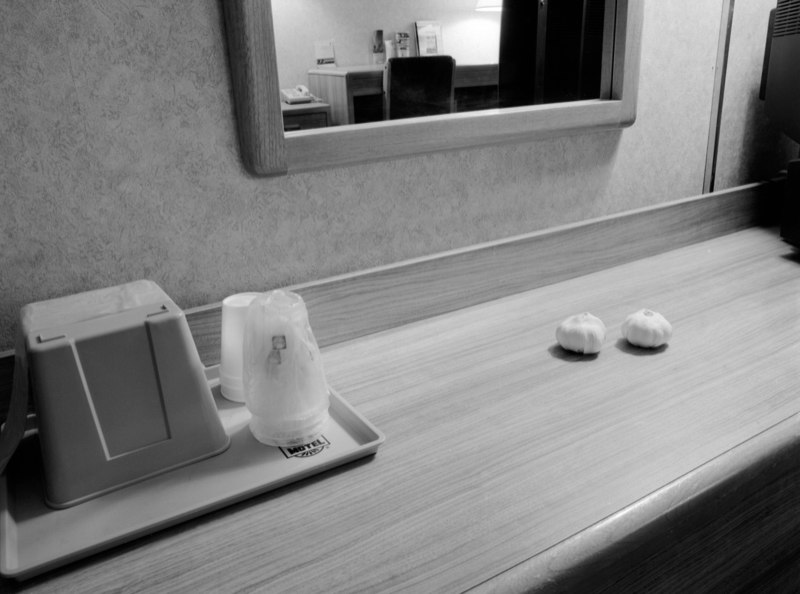 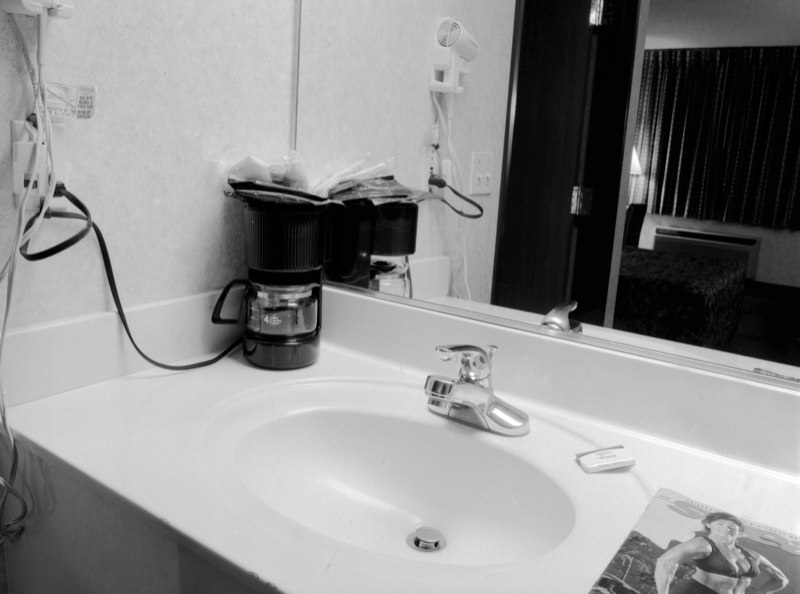 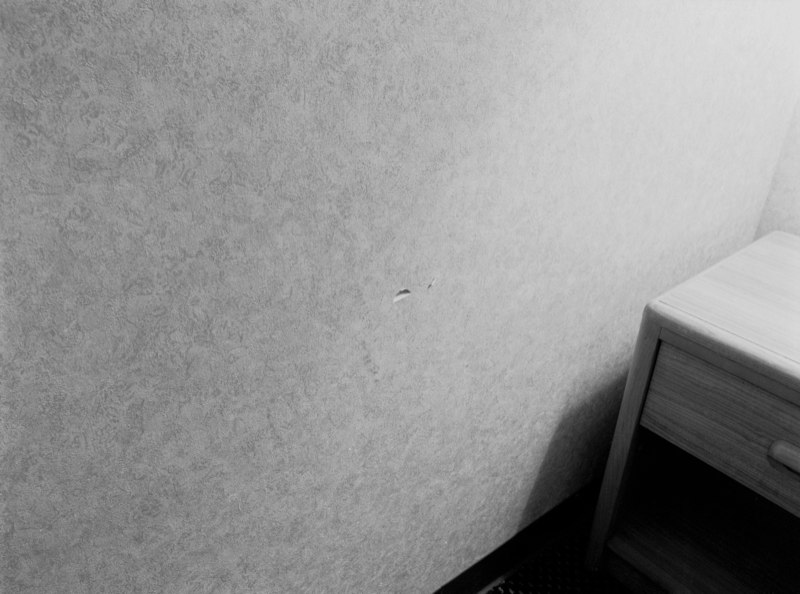 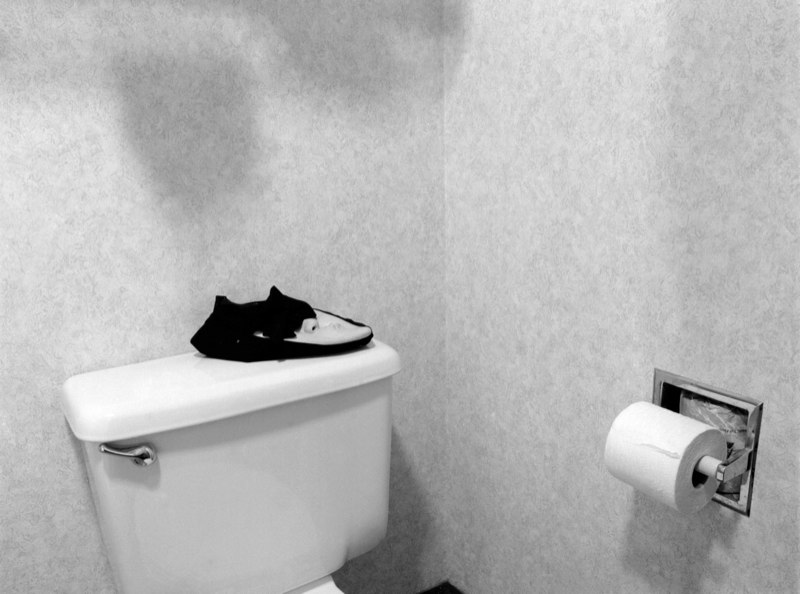 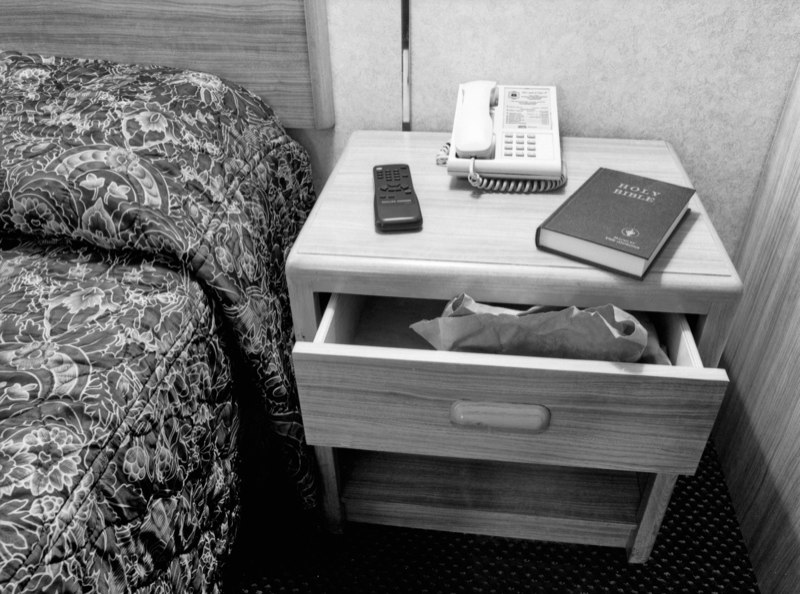 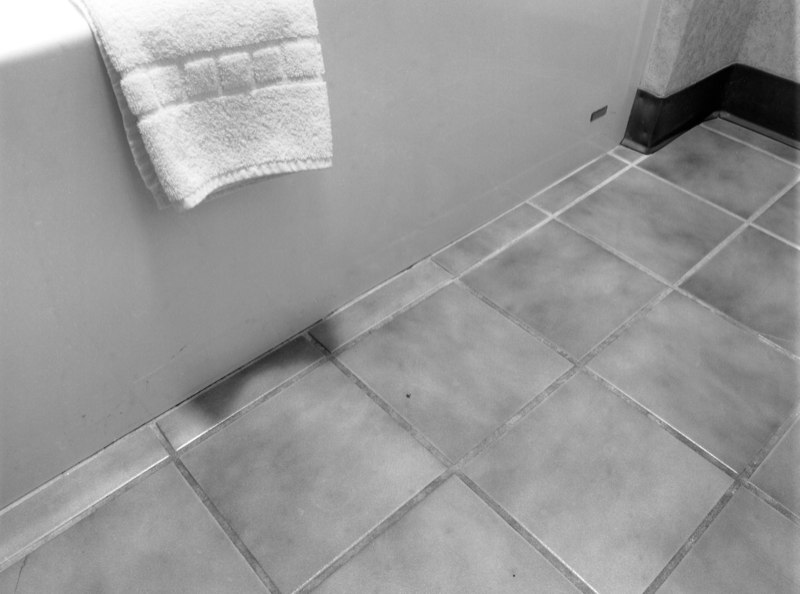 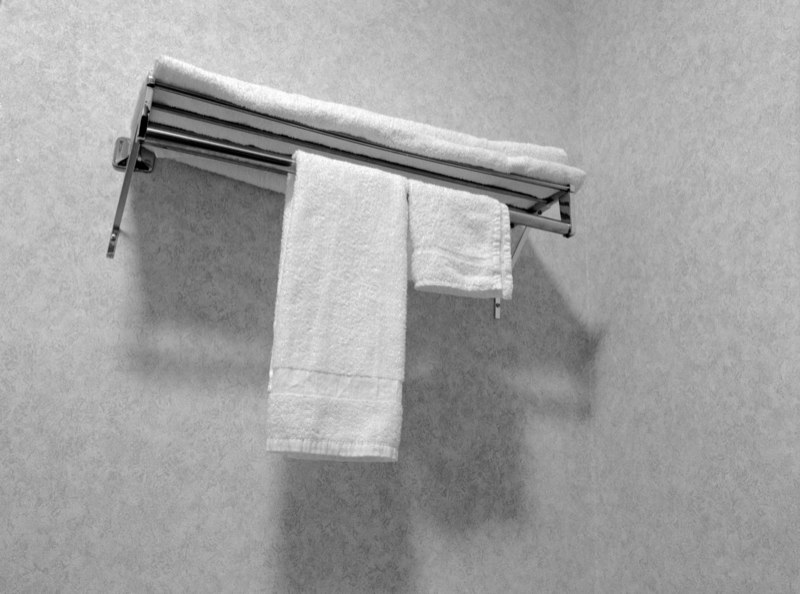