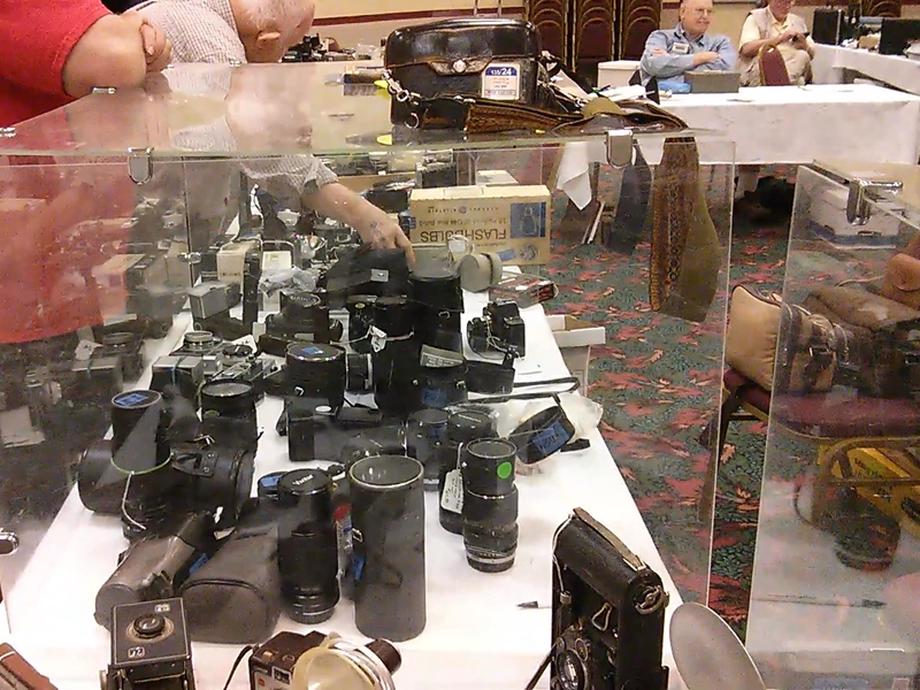 I returned to the Western Photographic Historical Society's 57th(!) camera show! I first learned about this local camera club when I was in art school. They're a student-friendly organization, as they offer scholarships to college photography students and host high school photo contests. Back then, I visited their annual camera fair once, and at that time, went home empty-handed. This time around, I did not want that to happen. 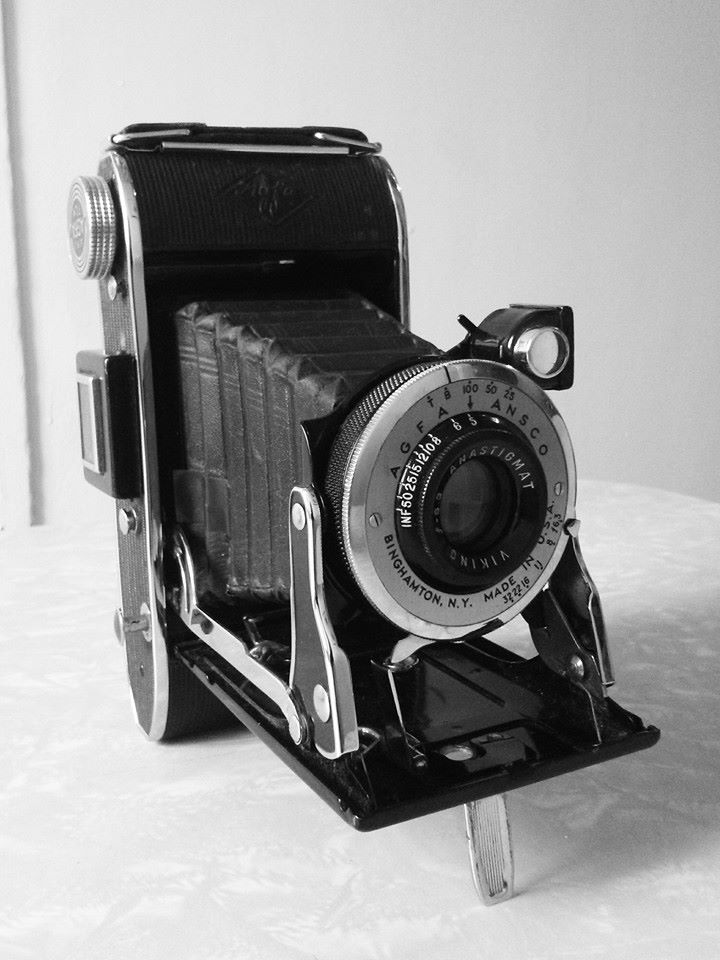 The camera dealers set up for one day only, and there were a modest number of booths. Despite this--and arriving in the afternoon--there were plenty of gems to be found. There were tables piled full of cameras from every decade.

My take-home of the day was an Ansco folding camera with a Viking f/6.3 lens, from 1952. The dealers had a good handful of cameras like this. I'm stoked to throw some 120 film in and try it out. According to the manual, it takes 6x9 frames. I've only shot 4.5x6 and 6x6 on medium format, so I'm hoping for some crisp enlargements! In the case that there are light leaks in the bellows, or a mechanical malfunction, this lovely piece was only $10, so it is not a loss at all. 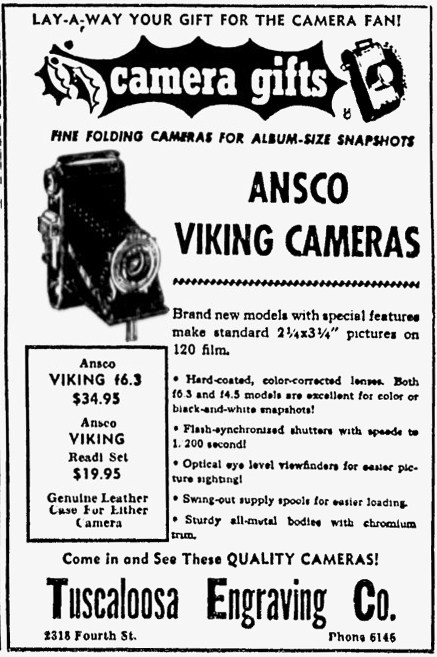 Another camera that caught my eye was a Vest Pocket Kodak, a camera that was marketed to WWI soldiers. While inexpensive, the one I handled was in shabby condition. I figured that if I really wanted, I could find one of these mass-produced cameras on eBay. The Minox spy camera was also tantalizing, but alas, my daily activities don't include sleuth work.

It was also pleasing to see all the photography-related knick-knacks: a teddy bear with a Nikon t-shirt, a homemade music box shaped like a view camera, an Olympus ash tray, fancy belt buckles with camera brand logos.

Other perks: I went home with a voucher for a 11x14 print that I won from Jones Photo (yay!) and a much-needed camera bag from the "FREE" table. I'm excited to go again next year. 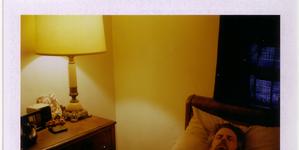