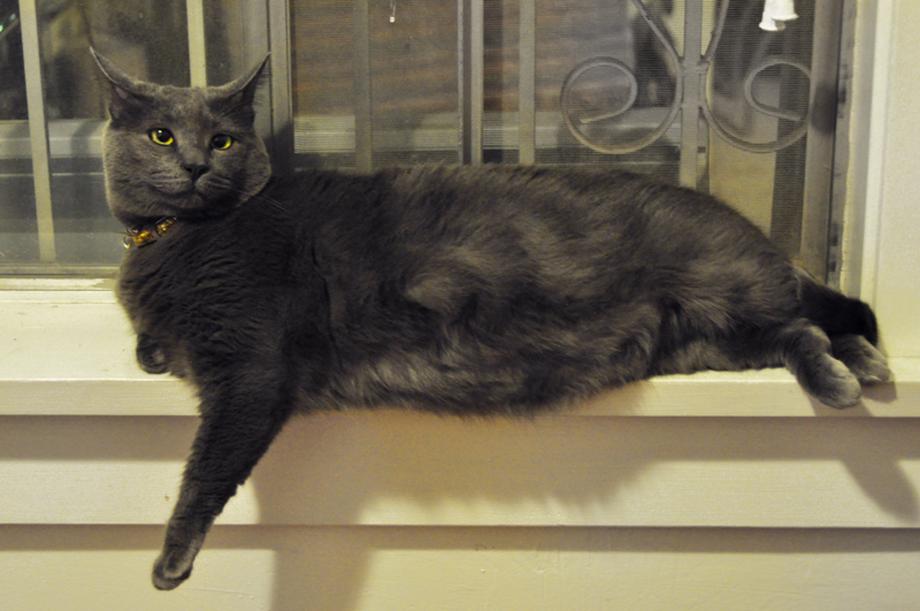 I wish I could get my paws on some issues of Camera Craft, a monthly photo magazine founded in 1900. A scanned version of all of 1920's journals is online here. Much of the advice, tips and concerns still resonate today (titles of articles include "Aerial Photography for Amateurs" and "Some Suggested Business Builders"). While perusing those archives, I stumbled upon a gem: a writer's lament of there being too many cat photographs in the market! I guess Ceiling Cat and Grumpy Cat would have been just as popular back in the day.

"Animals are popular; no one could guess the number of cat pictures that find their way to the market. Any photographer having a good 'story telling' cat negative has money within sight, but it takes time and patience and knack. Dogs do not appear to have been so successful, though doubtless some clever photographer and dog lover with imagination, will some day break in and make a 'clean up.' [ . . . ] "

Here are some stories: It was a professional photographer who started the run on cats; it was an accident. The portrait business was slow and the man noticing his neighbor's cat and kittens, exposed a plate on them; in due time, a print from this negative appeared in the show case, and nothing was expected of it beyond a hope that it would attract attention to the general exhibit. In a few days the fun (?) began. The neighborhood being an attractive holiday resort, was patronized by many visitors; the cat pictures sold like proverbial hot cakes. This experience called for more cat pictures--the man bred cats, he stole cats, and was forever hunting cats with his camera. This man gave up his portrait business, cats paid better; he specialized, he could not help it, there were cats everywhere, in the developer, in the hypo and even swimming around in washing water. Our hero dreamt cats and as he was too busy to shave his whiskers----! But enough, don't forget the story in your pictures!"

This is my favorite vintage photograph of a cat floating around the Internet, and I think it evokes a story: 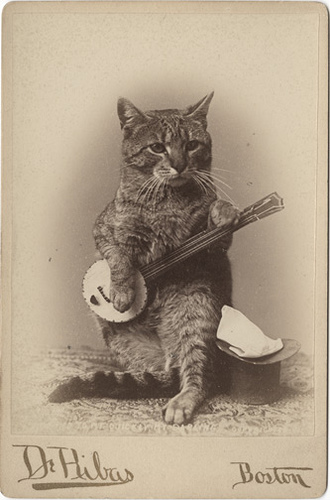 Pictured at the very top of this post is one of our cats, Spiegel, and I attest that that while sexy, there is not much of a story. Almost one hundred years after that article was written, I'm happily guilty of contributing to the internet's depository of feline photos.