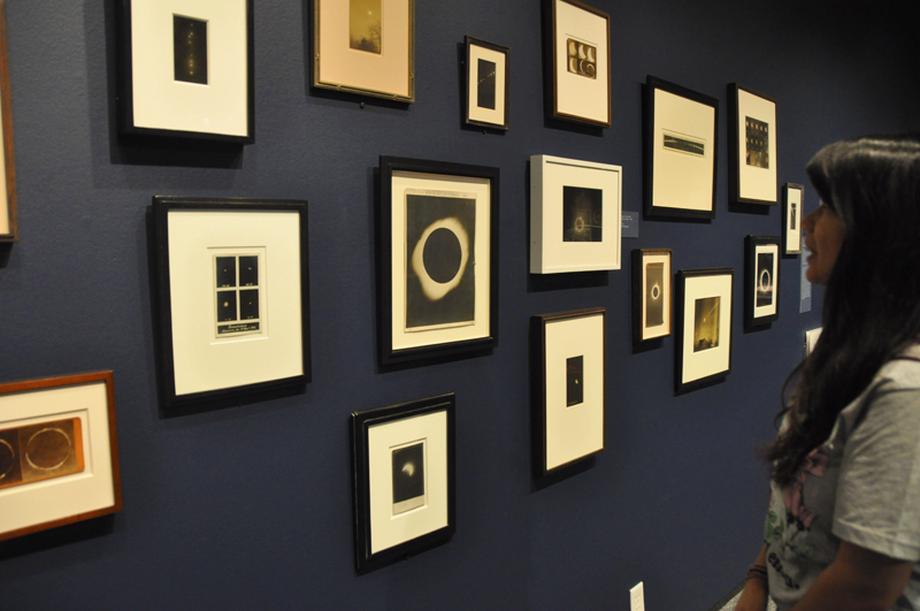 Once again, I commend the Center for Creative Photography's new director Joshua Chang for their latest exhibition, Astronomical: Photographs of Our Solar System and Beyond.  The show features astrophotography, from its infancy through today's high resolution imagery. Given the University of Arizona's role in the space sciences, I am surprised that such a collaborative exhibit had yet to happen! Having just gone window shopping for a telescope--and intending to do some astrophotography--this exhibit felt inspiring and serendipitous in timing.

The gallery was transformed with deep navy blue walls, the perfect backdrop for all sorts of photos of the heavens. It was wonderful to see gelatin silver prints of solar eclipses from the early 20th century. The only other occasion I may have seen vintage astrophotographs would be in old observatories like Lowell. These old photos were of an unknown provenance (they were from a private collection). These were a stark contrast to the contemporary NASA images, and even the moon survey ones from the 1960s. 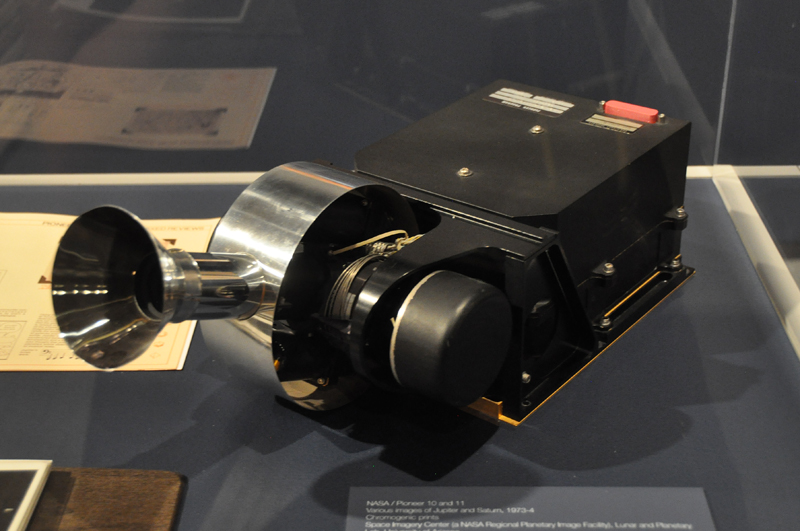 Other treats included actual cameras and imaging equipment, such as this Pioneer 10/11 camera that shot Jupiter. There was a reel of magnetic tape from the Lunar Orbiter. Many of these images have been recovered only recently. You have to wonder what other treasures since the Space Age lay  around unprocessed. Just last month, it was revealed that Neil Armstrong's widow discovered one of his moon cameras in their closet!

At the back of the gallery was the very unexpected Solarium video installation. (For years, I would only see sterile exhibits of traditional black-and-white photography in this venue.) This video from NASA's Solar Dynamics Observatory depicts solar flares and other hellish activity. I felt like I was aboard a spacecraft. 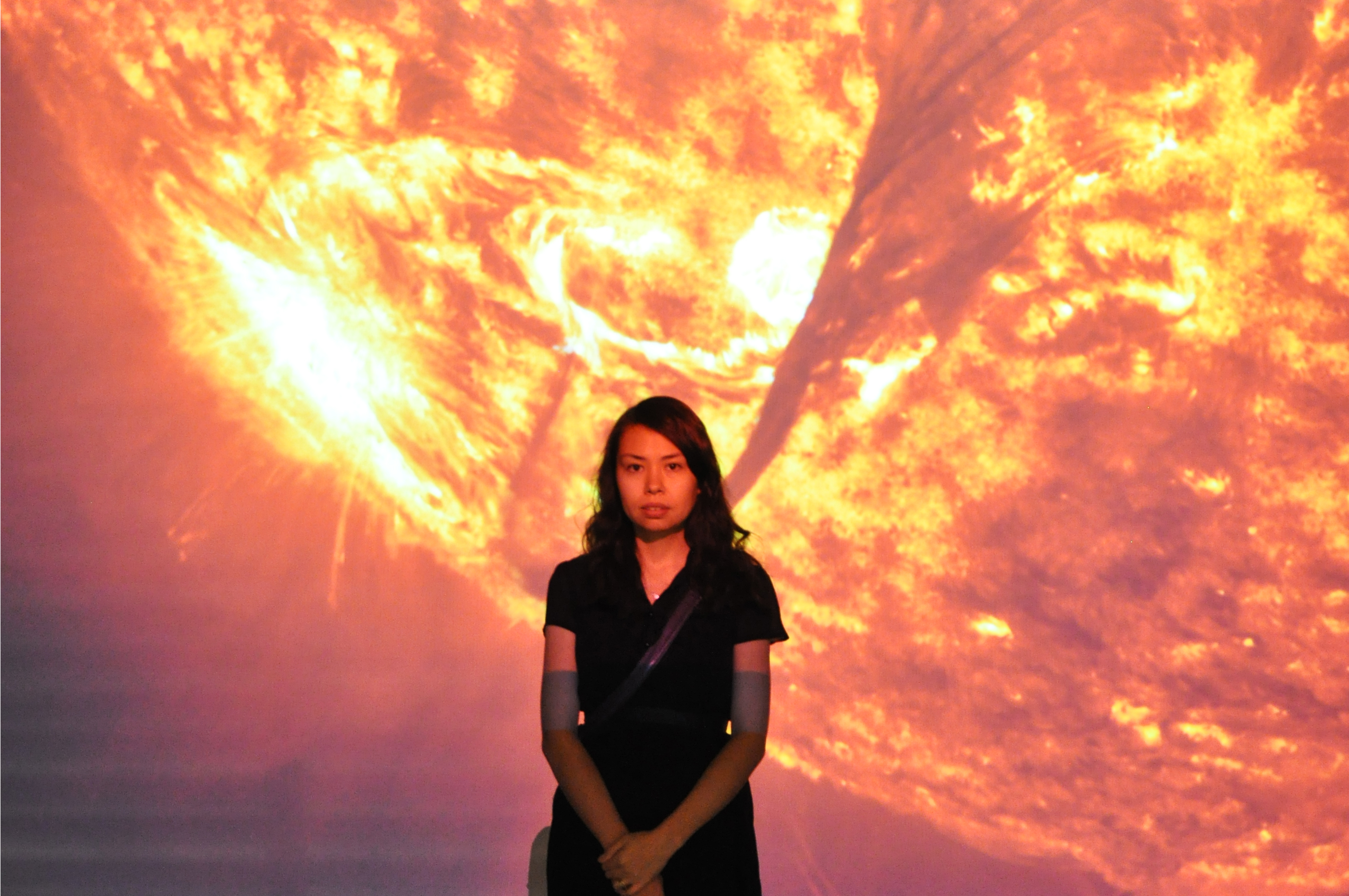 This exhibition left me in awe of our optical engineering achievements and evolution. What a thrilling time for us to live in, to be able to download large amounts of photographic data at our fingertips. 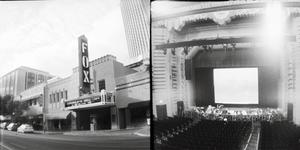