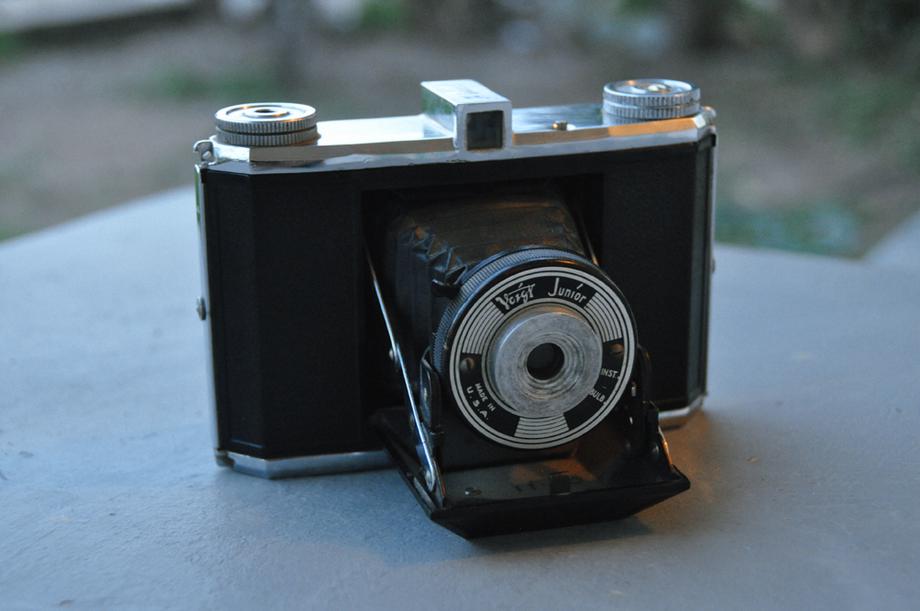 My latest camera came from the oldest musical instrument store in Tucson. My husband, who works there, took the old gadget home after his colleague found it. Surprisingly, after years of being kept with aging instruments and other ephemera, the camera is in decent shape . . . and works! 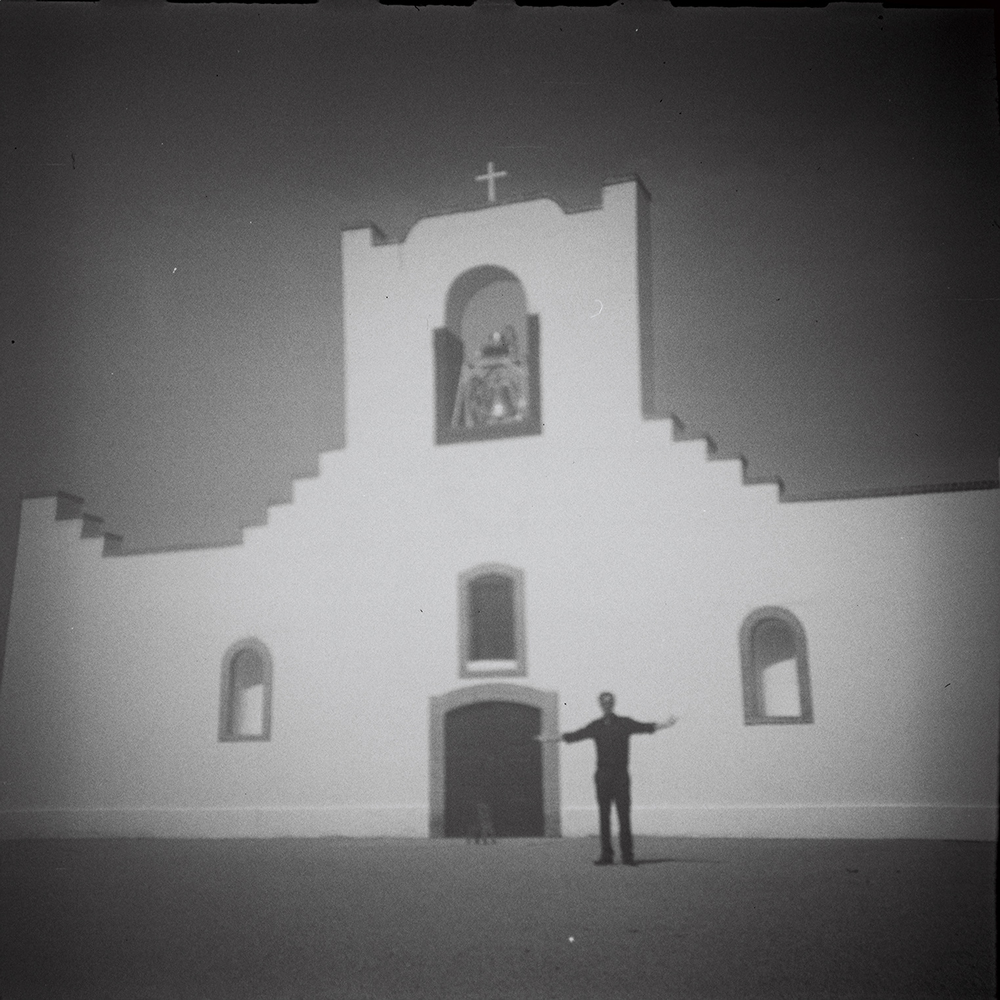 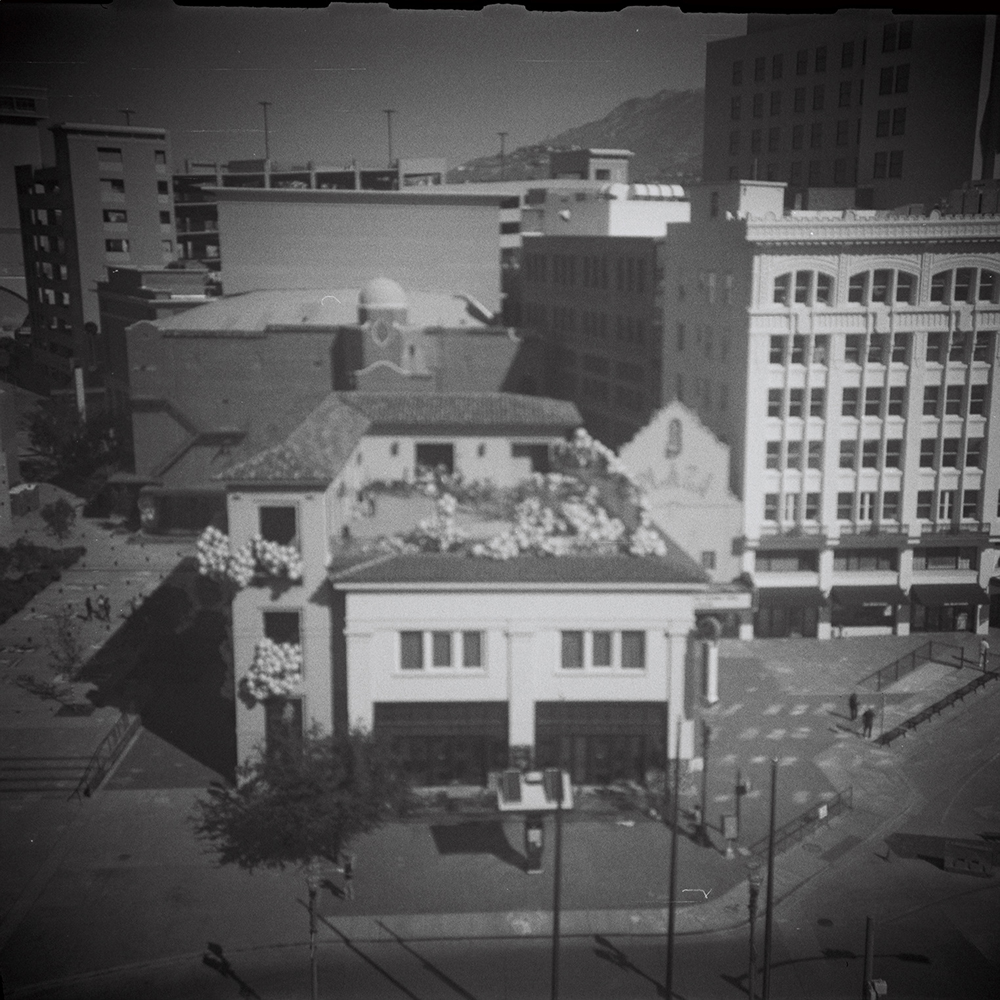 I brought the Voigt Junior along when we took a road trip to El Paso. It shoots 1:1 aspect ratio (completing my collection of medium-format cameras of different frame sizes). Modern-day 120 spools can be loaded, but the intake slot does not accommodate them; fortunately, an old metal Brownie spool was left in this specimen. The only controls are the shutter release and a bulb setting. It has a 75mm f4.5 lens.

According to one camera geek:

"Now it was not that uncommon for American camera suppliers to buy overstock gear from German and Japanese manufacturers, put their own name on them, and market the cameras here as their own products.  However, here we have an example of a camera made in America, it was purchased at a deep discount by a large German supplier, and sold over there instead!  In America this camera was called the Vokar A and Vokar B (depending on the lens and shutter combinations).  But when Wirgin of Germany marketed the camera under their own name, they called it the Voigt, the Voigt Junior, and the Wirgin Deluxe!" 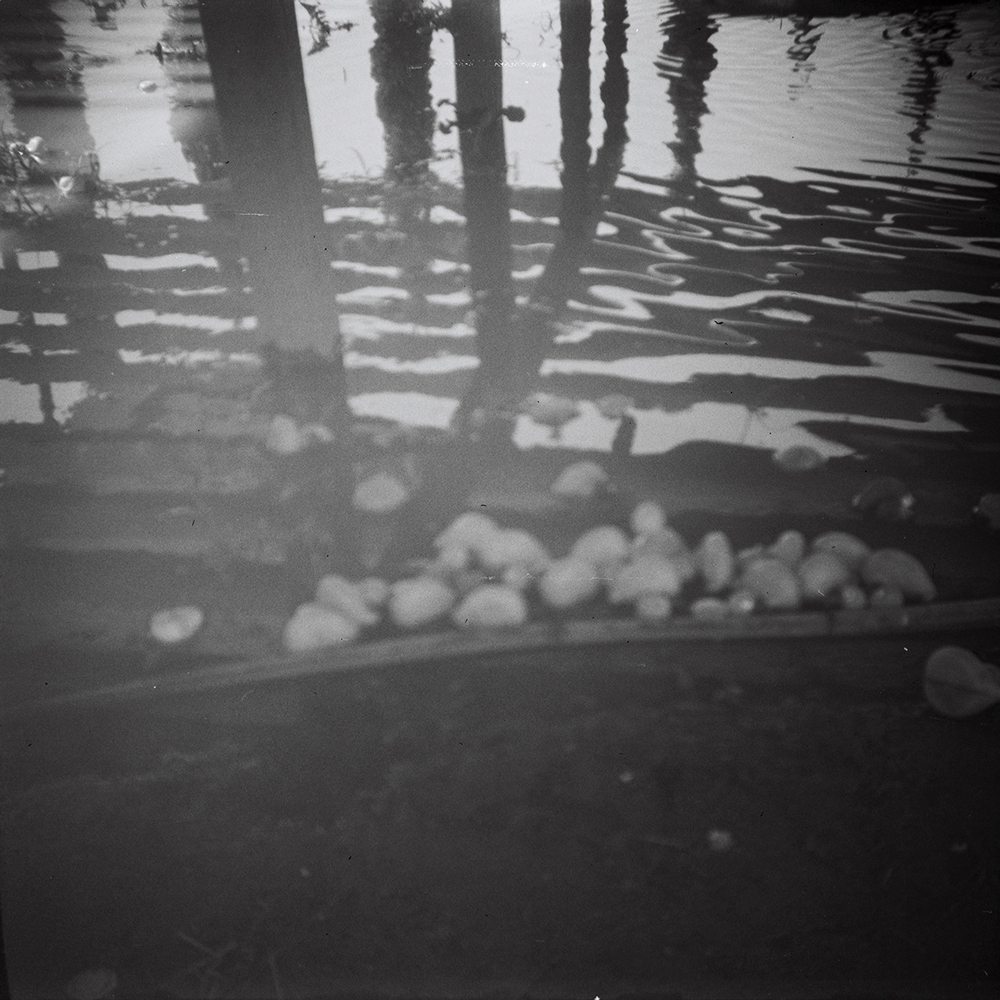 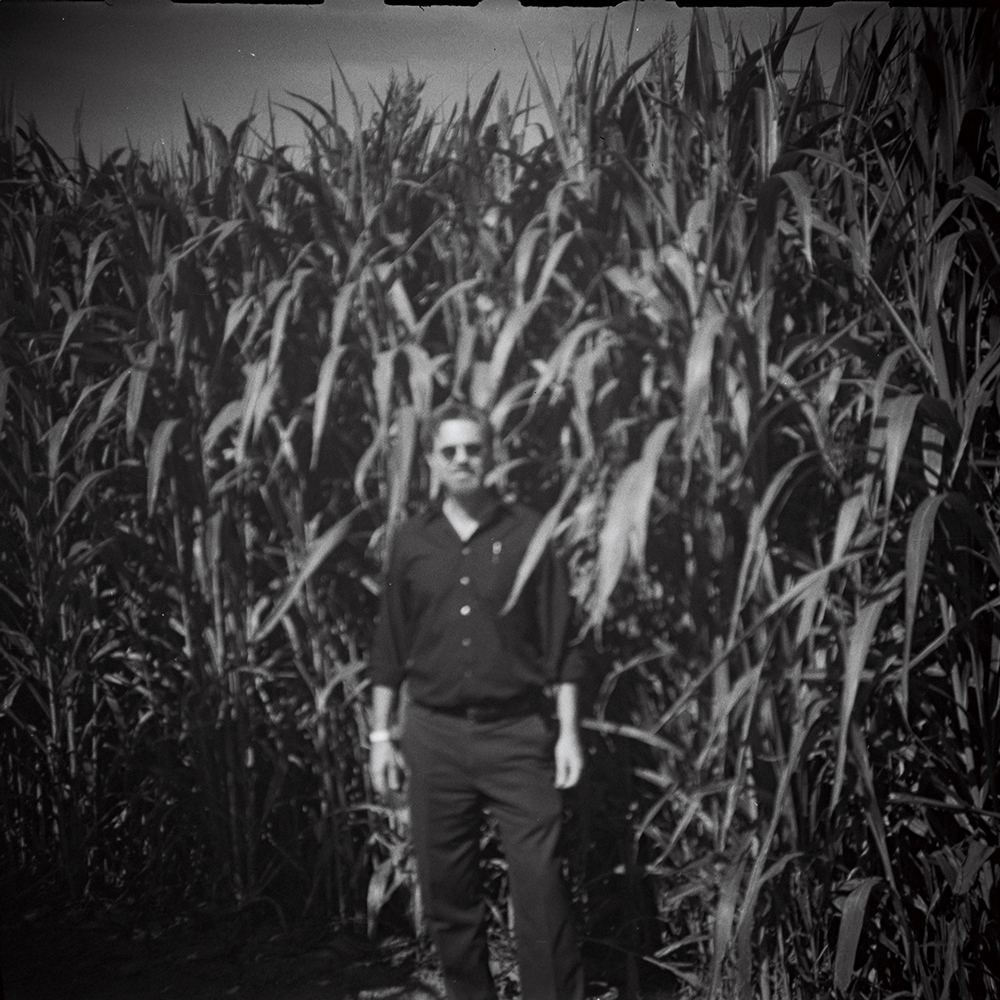 This has me wondering how a camera made for the German market arrived stateside, and in the music store. Mine is beautifully engraved with the name Kidwell. Perhaps I can do some detective work! 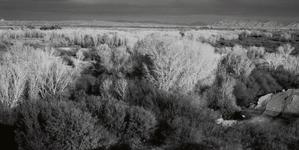