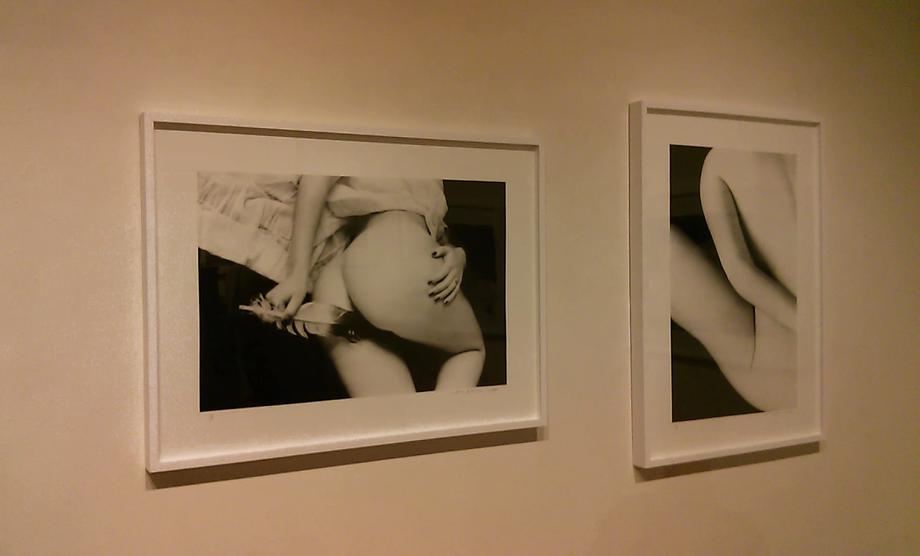 I had the great pleasure of seeing a lecture by Ralph Gibson, a photography giant known for his books like The Somnambulist. The talk was organized by Tucson's premiere fine art photography gallery, Etherton, currently exhibiting his work, and hosted by the Center for Creative Photography.

Gibson was a very insightful speaker, and gave an engaging overview of his career. He studied photography in the navy after dropping out of high school. It was while he was on a ship that he realized photography was a"vocation bestowed on me."

I had many takeaways from his talk. One of his pieces of advice was to photograph everything. He did street photography, abstraction, nudes, and Surrealism. In discussing each of his projects, he was humble and honest; he described The Strip, a documentation of Sunset Boulevard--done in the gritty style of Robert Frank's The Americans--as "neither good nor bad, just where I was at the time." Is it possible to be a good at everything though? I was not a big fan of his guitar book Light Strings. Despite covering a wide range of subjects, he believes that "every image taken is part of a larger whole." Also, one's act of perceiving should ultimately be the subject of the photograph. 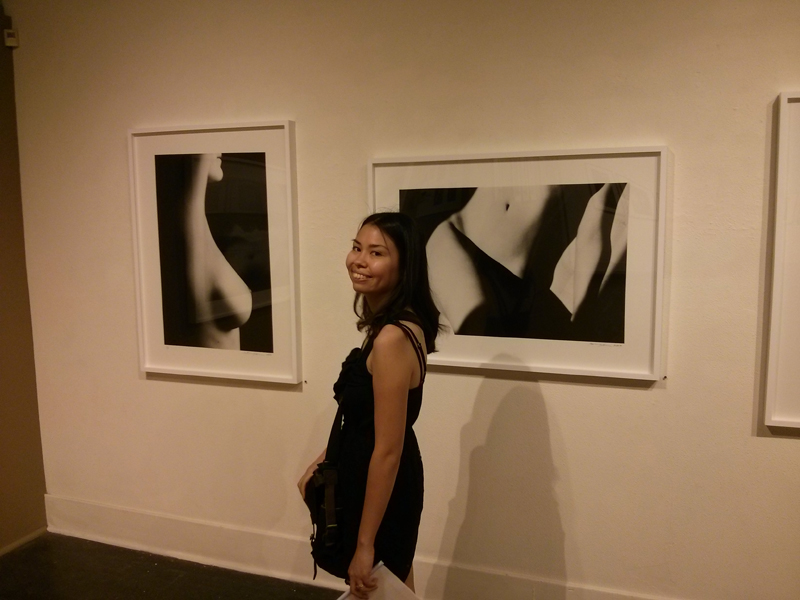 Looking happy, but I would have preferred The Somnabulist to larger-than-life bosoms!

At Etherton Gallery, his large scale nudes and newer vertical diptychs "Political Abstractions" were presented. Each piece is composed of two vertical color pictures, juxtaposing subject matter united by geometry or shape. Gibson mentioned that most images are horizontal in our world, unless you close one eye. This may have been one reason for this series' orientation.

"Political Abstractions" were taken after he embraced digital. At the lecture--as usual--an older member of the audience asked him for his opinion on the newer medium. Gibson compared digital photography to "being able to curl a thousand pounds with one arm."  Also, he believes that good photographers look better with the plethora of amateur images out there, and that visual literacy is more important these days. It was refreshing to hear this!

Gibson is very insightful, and I look forward to more of his voice in his coming autobiography, False Emotions. Its title is a reference to the low and high feelings conjured by critics, which don't count for much at the end of the day. He reminded us that art is an autonomous process--it is just "you and it."